Click on Older Posts at the bottom to see previous posting. 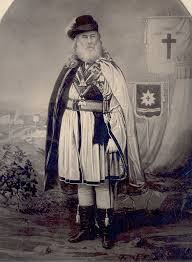 All activities will be held at Buzzard Billy's

On Thursday, December 27th, we will celebrate and
pay tribute to his legacy. As Pike began his Scottish Rite career in New Orleans, we thought a cajun flavored
affair would be a fun way to celebrate.
This special event will take place at Buzzard Billy's
(615 3rd Street - Des Moines) and will be similar in nature to our Royal Mile event each summer.
Our program will share some little known facts and trivia about the life of Albert Pike. In addition to his Masonic career, Pike was an explorer, attorney, Indian agent, author, Civil War General (CSA), historian, poet, and philosopher.

This event is open only to Master Masons and is limited to the first 45 reservations (due to space constraints).
Cost is $20 per person and advance payment is required by calling the AASR office
515-288-8927 or rsvp@dmscottishrite.org.
at 4:18 PM 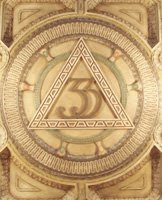 The mission of the Des Moines Scottish Rite of Freemasonry is to increase the knowledge of its members through expanded and enlightened teachings of the basic Masonic principles; to expand Masonic Fraternalism; to inform and educate the non-Masonic public about Freemasonry; to develop, promote, support its charitable projects; and to provide assistance and support to the Symbolic Lodges and Masons in Central Iowa.

This Blog is a project of the Knights of St. Andrew